Share a memory
Obituary & Services
Tribute Wall
Read more about the life story of Diane and share your memory.

It is with heavy hearts that we announce the passing of a beautiful soul.  Diane Asta Arnfinson (nee Gunderson) was born on October 24th, 1946 and passed away November 23rd, 2022 after a short battle with cancer.

Diane graduated from Piney High School and then moved to Winnipeg where she met the love of her life, Everett.  They moved to Oshawa, Ontario. Diane worked for Chrysler in the sewing dept.  They decided to move back to Manitoba and take on being Caretakers for apartments,  They purchased a house in Selkirk and Diane worked for Electro-knit.  Diane then got hired on at the Selkirk Mental Health Centre, where she worked as a PNA from 1976 to 1985.  Diane and Everett pursued their dream of having a hotel and purchased the Strathclair Hotel in 1986.  Diane built up great clientele with her delicious homemade meals and desserts. Diane hung up her apron and sold the hotel in 2020.

We will truly miss you.

A special thank you to the staff at the Hamiota Hospital for the gentle loving care of Diane during her stay.

Donations may be made to Cancercare Manitoba or a charity of ones choice. 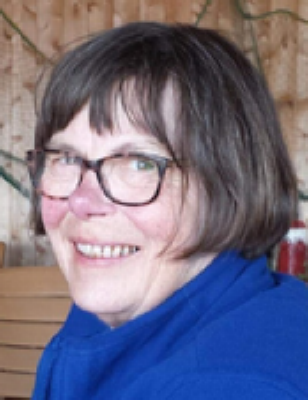 Look inside to read what others
have shared
Family and friends are coming together online to create a special keepsake. Every memory left on the online obituary will be automatically included in the book.


Family and friends are coming together online to create a special keepsake. Every memory left on the online obituary will be automatically included in the book.

Please note
*Friends are invited to join the family for a time of fellowship and refreshments at the Shoal Lake Drop-In Centre, located two doors east of the Funeral Chapel.